Specializing in the manufacture of Extrusion dies for gussets, Wall panels,

Corners, Etc.We are committed to providing you with a full range of services. 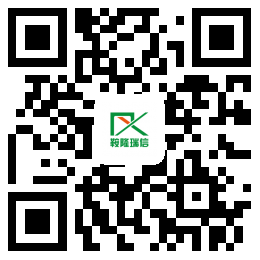 Make users satisfied is the

eternal theme of the enterprise!

we are committed to providing you with all-round services.

Classification:
Media Focus
Author:
Source:
Release time：
2019/08/08
Page view
The idea of ??using a screw to pump liquid can be traced back to the great scientist of ancient Greece, Archimedes, who applied it to the city's defense system. According to records, the earliest industrial extrusion die was invented by Joseph Bramah in 1975. He consists of a manual plunger and head assembly for continuous production of lead pipes. Historically, the first Archimedes screw extruder patent was obtained by British Matthew Gray and American John Royle. From the mid-19th century to the present, extrusion processing has been used in the processing of gutta-percha, rubber, nitrocellulose and casein. Around 1925, people squeezed out various PVC, which became the beginning of modern extrusion processing technology.
development of
China's polymer extrusion industry has developed rapidly in recent decades. Especially since the reform and opening up, the polymer processing machinery and mold industry have achieved remarkable achievements. The annual average growth rate is higher than the national economic growth rate. More than two digits. Since 1996, the output of polymer products in China has been ranked second in the world. In 2000, the output of polymer products in China reached 21 million tons, and the output value of polymer processing machinery industry was 8.529 billion yuan.
In terms of basic theory, Chinese scholars have made great contributions. Professor Zhu Fuhua from Beijing University of Chemical Technology and Professor Peng Yucheng from South China University of Technology led two research groups and began research on extrusion in 1978. After more than 20 years of hard work, we have made a series of achievements in polymer processing visualization technology, extrusion theory and application, and made our own contribution to the development of extrusion processing technology.
With the development of computer technology, research on the application of CAE technology in the extrusion process has also flourished. There have been many softwares that simulate the screw extrusion process, such as EXTRUD, POLYFLOW, FLOW2000, and so on. However, there are still some problems in these softwares. In some cases, there is a big gap between the simulation results and the experimental results, and further theoretical research support is needed to improve.
Previous article:
The "13th Five-Year" extrusion mold industry will be more developed
Do you understand the future development trend of plastic extrusion dies?
Next article:
欧美阿V不卡手机在线观看免费_亚洲中文字幕欧美自拍一区_小草社区无码专区_网友自拍另类图片卡通动漫_亚洲中文字幕人成影院